The large sculpture of the Puerto Rico Flag, shown in the mural, actually exists (see below) and arcs over Division Street. 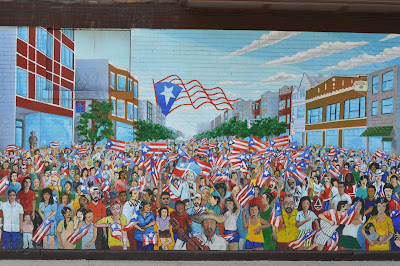 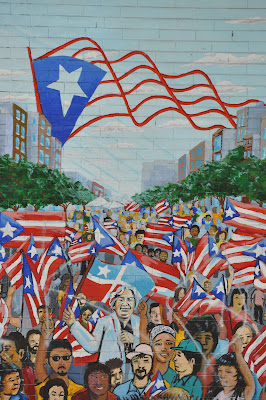 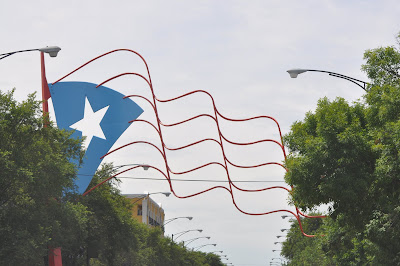 Posted by Daily Chicago Photo at 9:26 AM

nice shots, i love these