The North Avenue Baths building in the Wicker Park neighborhood dates back to the 1920s when, apparently, public baths and steam rooms were the place for big shots to do their wheeling and dealing. The building now houses a seafood-focused restaurant, where, surely, some wheeling and dealing occurs over business dinners. The monogrammed terracotta facade remains as a reminder of its origins.

The NAB monogram for
the North Avenue Baths 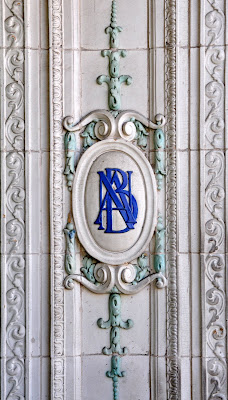 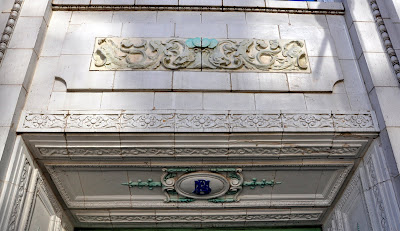 Looking straight up the building 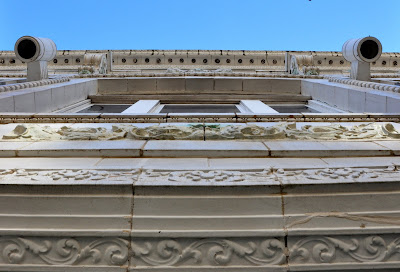 Posted by Daily Chicago Photo at 6:06 AM

Looks like it was a very fancy place back in the day!