Was able to go to a Cubs Game last week, which gave me the opportunity to document the current year in "Cubs Time": 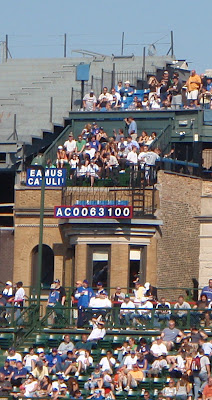 It was a Crosstown Classic (Cubs vs. White Sox) make-up game from an earlier rain-out. It was a beautiful day but, as a Cubs fan, not such a beautiful outcome (Cubs got trounced). 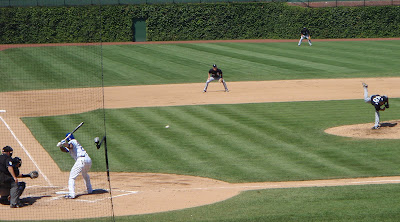 But Cubs fans are kind of a special breed (hey, we're still fans and they haven't won in 100 years). This is the shirt that the guy in front of me was wearing. 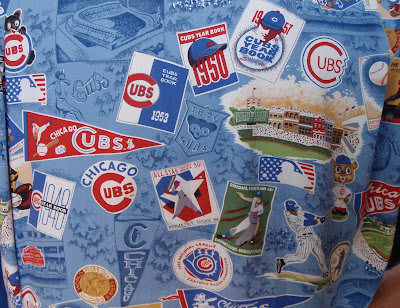 Posted by Daily Chicago Photo at 10:24 AM

You should make him a deal. The Cubs win the pennant, he gives you the shirt. Sounds good to me.

You know I've never been to a baseball game, it's played here but not as much as I'[m sure it's played in your country. I do enjoy watching it on ESPN though.