Movies in the Park

Movies in the Park again last night. In addition to the movie, which was Groucho Marx's "Duck Soup", they were attempting to break a world's record for the most people wearing Grouch Marx glasses. Apparently, the current record is held by Springfield Missouri. Whether or not Chicago has the record, everyone put up a valiant effort. 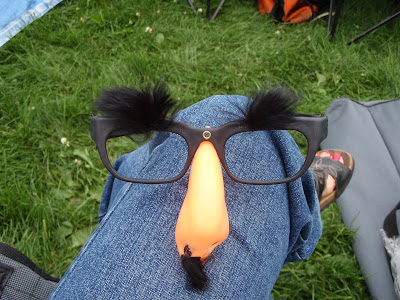 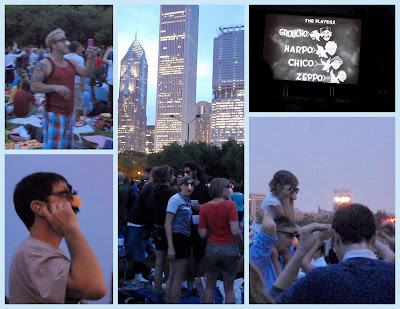 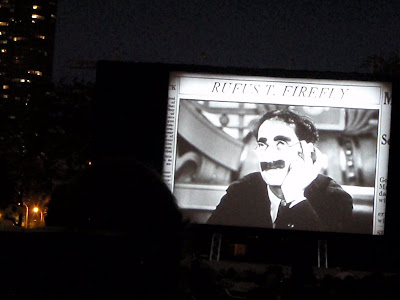 This looks like a really fun event! Great idea!

Hey nice! Your shots of the screen came out better than mine. What a hoot that movie was too. Such a classic.