The Old Colony Building, a landmark building, in the Loop, was getting a facial of sorts earlier this week. (According to an on-line article, here, The Old Colony Building was one of the first buildings constructed after the Chicago Fire. Its architects, Holabird & Roche used the "Chicago Style" design steel frame structure that enabled skyscrapers to be built.)

This work crew was power-washing the building facade. I didn't see the the scaffolding at first; what caught my eye were the parked cars covered in plastic. That made me look up to see what was going on. I think you can better see the progress they've made in the second picture. 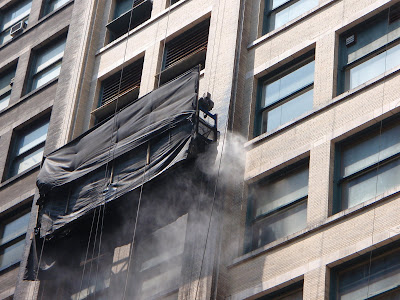 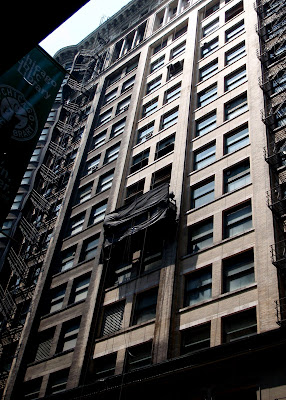 Posted by Daily Chicago Photo at 5:00 AM

It sure makes the old look new again.

Nice photos!! Building is very old and good one!! By the way, have you heard of MiNeeds.com? It really simplifies finding affordable cleaners. I used it to find them for my home and garden. Essentially, after I described what I needed on this site, I received several competitive bids from local cleaners. I liked the fact that I didn’t have to call around and negotiate with each, and that they actually came to me.