Although the bridges over the Chicago River are usually referred to by the street the bridge is on, most have more formal names. For example, the official name for the "State Street Bridge", which has these two decorative designs, is "The Bataan-Corregidor Memorial Bridge". 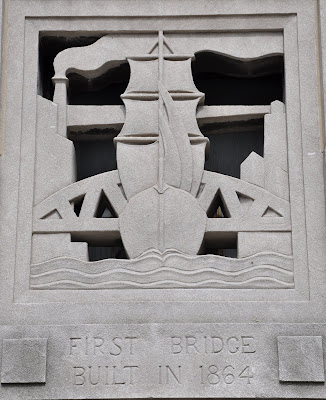 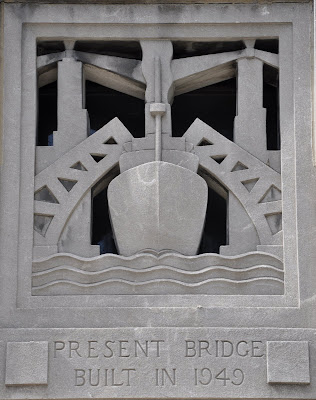 According to the plaque and Wikipedia, Philippine and American troops had held Bataan for 14 weeks until finally surrendering it to the Japanese on April 9, 1942. The U.S. and Filipino army recaptured the island in 1945.
Posted by Daily Chicago Photo at 6:08 AM

Learning something new about my street, I love it.

I didn't know the bridges had aother names. Very interesting. I love the artwork on the bridge.

Very nice stone work - nice to see it's been kept