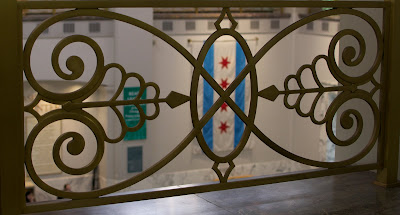 It's election day in Chicago. We're voting for a new mayor. There are six candidates, down from twenty that initially filed for candidacy.
If a candidate gets an absolute majority (50% of the vote + 1) then that person gets to move into City Hall on May 16 and the whole city gets spared 42 more days of speeches, debates, TV commercials, and photo-ops (including snow shoveling, restaurant visits, el stop handshakes, and way more information about all the different areas of the city each candidate ever called 'home' than most people care to know). In short, we get to move on from politics to the pressing topic of whether the Cubs can break their 103 year pennant drought (and don't think we haven't noticed that while the candidates like to discuss their solutions to budgets, taxes, and education, none of them seem to have a plan to solve the Cubs' curse).
If no candidate gets an absolute majority then the top two vote getters get back to the trenches until April 5.
Wish us luck!
Posted by Daily Chicago Photo at 2:22 AM

Since I view your blog in a reader, I'm terrible about commenting . .. apologies for that.

On to today's shot - I love this. Great framing, love your choice of focus. Really great!

Very interesting shot. And, thank goodness we now don't have to listen to weeks more of those ads....

So glad you don't have to go through more of the "politics" as you described. I love the way you framed this photo!