Cooler temperatures, a little wind and a possible seiche created some wild water this weekend at Montrose Beach.

The waves created some interesting patterns in the shore. 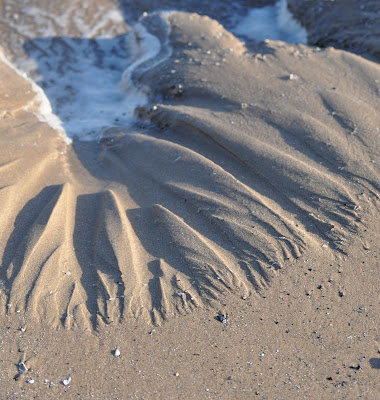 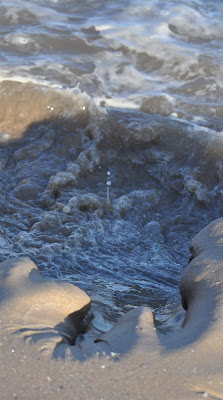 Typically, we don't put the lifeguard stations and the trash cans in the water at the Chicago Beaches. But the water at Montrose Beach was up significantly on Sunday morning, creating the appearance of misplaced garbage cans. Another beachwalker said there was a seiche, which would have explained the dramatic rise. 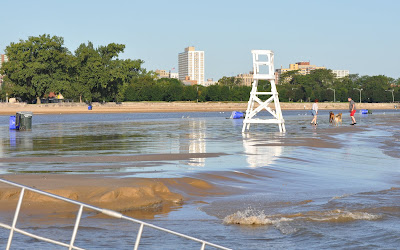 And with all the wind and waves, how could the kiteboarders and sea-kayakers NOT take advantage of these conditions for a little lake surfing. 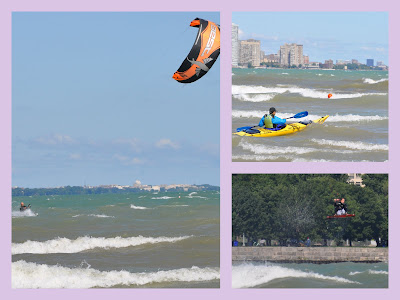 Posted by Daily Chicago Photo at 6:44 AM

Those are fantastic pictures and I learned a new word today!