Here is another one of the art panels that line the Chicago Riverwalk. This one is about the Chicago Bridges. Apparently, after the Chicago Fire, the bridges were re-built as wooden swing bridges. The first iron bridge was built at Rush Street in 1856. It was destroyed by a cattle stampede (those were the wild early days of Chicago) in 1863 but re-built a year later. 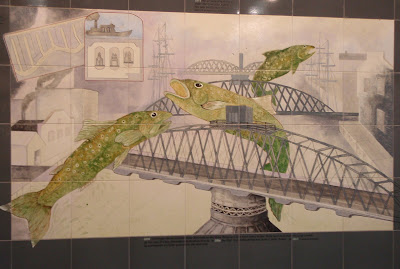 Posted by Daily Chicago Photo at 5:50 AM