Knowing that we'll get a lot of visitors downtown during the holiday season, Chicago is pulling out the stops and rolling out the red carpet. Or at least the red chairs. This is the bus stop at State and Madison (also notable as being 0 North/South and 0 East/West, the starting point of our city's grid system). Actually, the chairs are part of a certain vodka company's ad campaign. 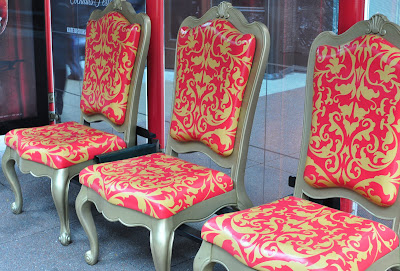 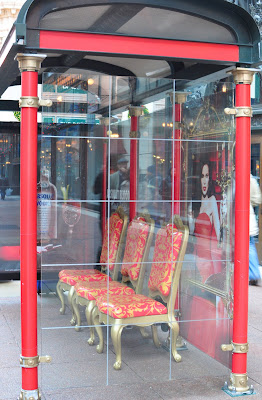 Posted by Daily Chicago Photo at 1:13 AM

This is very clever!

I wish they had put some of these in when I was there last year! I spent a lot of time waiting for buses under those shelters.